Nicklas Bäckström: ”Alex needs to do some of the dirty work”

Back in August, Nicklas Bäckström talked to Swedish journalist Linus Hugosson about the difference between his NHL coaches, the media scrutiny after Sochi, and Alexander Ovechkin’s style of play. Today, on October 1, the interview was  posted on viasatsport.se I have translated parts of the interview below.

“Our game didn’t work at all last year,” Bäckström sighed. “The balance on the team was all wrong. We had an ok power play, that helped us win some games, but five on five wasn’t nearly good enough.”

Did you get run over, physically, by other teams?

“No, it was more that other teams felt more skilled at playing the game than we did, but it was mostly in the defensive details things were lacking.” 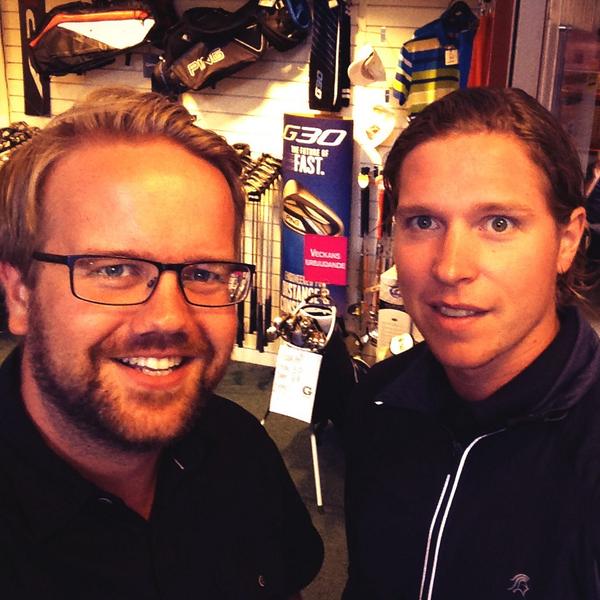 The defensive play have been a question mark for the Washington Capitals for year. During last season, Bäckström’s partner superstar Alexander Ovechkin was criticized, sometimes harshly, for his lack of commitment to backchecking.

“People know what he is good at. He is a goal scorer”, said Bäckström. ”But to go all the way, I think that every player on the team has to do the same things.”

Bäckström thinks that the criticism his Russian captain received was over the top, but he has also noted that on the most successful NHL teams, all players work equally hard.

“Alex also needs to do some of the hard and grueling dirty work. I think that he will come to realize that.”

[Ed note: The word by word translation of the sentence, “Alex måste också göra lite skitobb,” is “Alex also needs to do some of the shit work.” I translated it to: “Alex also needs to do some of the hard and grueling dirty work.”  Skitjobb can mean dirty work, as in going to tough areas on ice, playing physical and finish every check. But it can also mean being meticulous about the defensive details in the game, like backchecking and doing whatever your team needs you to do to win, even if it’s not really part of your job description.]

“I have put it behind me and am trying to look forward instead. Of course It was really hard when it happened and for a few weeks after that. The media scrutiny was sick. Journalists came to my home and knocked on my door. I have no problem with answering questions, but when they are invading your home they are crossing a line.”

”I’m still incredibly disappointed that I didn’t get to play in the final, but at the same time, I have a responsibility as a player to do things correctly. There were a lot of different variables that played their part in this situation. I have to take my responsibility. Björn has to take his.”

Are you and Björn Waldebäck  (team doctor for Tre Kronor) friends?

In August Bäckström finally received his silver medal in Gävle before a Brynäs preseason game.

After several coaching changes in recent years, Bäckström will now be playing under one of the most respected coaches in the hockey world, Barry Trotz. He has made a name for himself by always having very stout defensive teams during his many years as the head coach for the Nashville Predators.

“Trotz will continue on with the same style that he had in Nashville, which I think will be great. We also have a bit more of an offensive punch than Predators have. For me personally, I don’t think there will be huge difference.”

One of Barry Trotz’s most important messages to his new players has been that the team has to stick to together. It’s the group, as a whole, that should succeed.

Is that what has been missing from the Capitals, to work together as a group?

“I know what you are getting at,” Bäckström chuckles. ”Of course it’s more fun when we win the games and play well, and there’s a lot of whining when we lose. But I would still say that the most important thing we have been missing is a some fighting spirit and some give a damn.”

“We have made some good additions. Now we can spread out the ice time more for our d-men, and Mike [Green] doesn’t have to play 35 minutes per game. I think Mike might find a way to get back to how he looked in his glory days again.”

”The last few years have been like a roller coaster ride. All of them have come in with their own philosophies. It worked ok with Bruce Boudreau, that first went with a hyper offensive style, and then changed things to a hyper defensive style. After that we had Dale Hunter, he was more ”old school”, and I thought that worked really great under him but then we ended up losing a in crushing manner to the Rangers in the playoffs.”

”You can tell by reading a little about what people are saying that the fans have become more restless. They are disappointed, and who can blame them? They question the management, but that only means that it is important for us as an organization to give back and and become the top team that I believe we can be.”

Personal goals for the season?

“No, I don’t have any other goals for me personally, I only have goals for the team, and that is to make the playoffs.”

Swedish thing you miss the most when you are in North America?

“Traditional Swedish food, like korvstroganoff and rice. You can make it over here too, but it’s never the same.”

What do you do on the airplane?

“Play cards. We play Snarples. Snaples is mostly about luck so we usually take turns winning.”

What music would you play in the arena for warm ups, if you could makes the choice?

“Zdeno Chara is hard to go up against. The size, reach and strength.”

Which soccer team is in your heart?

”Arsenal!! They look damn fine this year. They will surprise a lot of people.”

“Washington Capitals. If we miss I’m going with Chicago or Los Angeles.”

5 kommentarer till Nicklas Bäckström: ”Alex needs to do some of the dirty work”